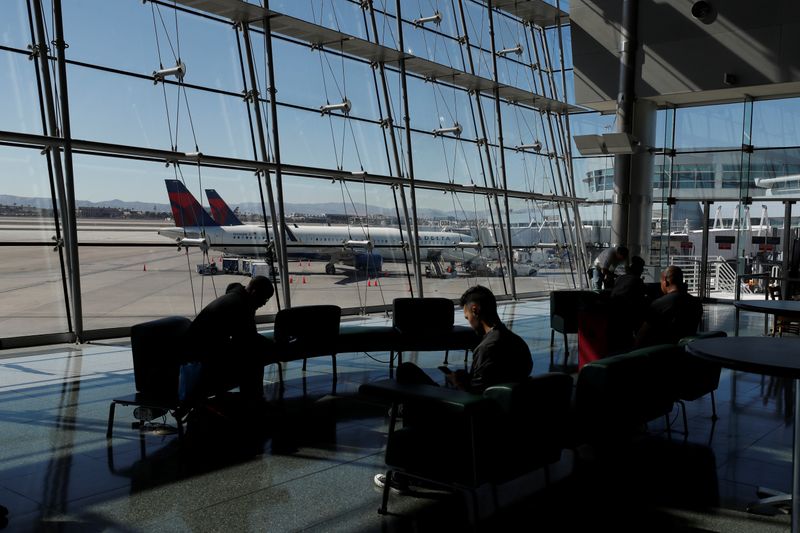 WASHINGTON (Reuters) – The U.S. Transportation Department on Friday said it would add new procedural hurdles before the government could bar most additional unfair or deceptive practices by airlines, in a move sought by the carriers.

Many Democrats in Congress urged the department to abandon the effort.

Representative Katie Porter said in July that the rule would “weaken enforcement of airline passenger protections.” Four senators including Maria Cantwell, the top Democrat on the Commerce Committee, said “industry groups could exploit these new procedural hoops — which the airlines themselves appear to be driving — to delay any DOT action to protect consumers.”

The Transportation Department said Friday the new rules that apply to airlines and ticket agents provide “greater transparency and predictability on how the department conducts its aviation consumer protection rulemaking and enforcement activities.”

The International Air Transport Association and Airlines for America, a trade group that had sought the rules representing major airlines including American Airlines (NASDAQ:), Delta Air Lines (NYSE:) and United Airlines, said earlier the proposed rules would “benefit the public by further enhancing the transparency, predictability, and consistency of DOT’s rulemaking and enforcement procedures.”

Southwest Airlines (NYSE:) said DOT previously had “not adopted clearly articulated standards or policy statements for determining what constitutes unfairness or deception… Too often this has resulted in overbroad interpretations of DOT’s authority.”

The definitions are modeled on the Federal Trade Commision (FTC) standards on unfair or deceptive practices.

FTC Commissioner Rebecca Slaughter had urged the department not to finalize the rule “because it will seriously hamper the department’s ability to fulfill its statutory mission of protecting aviation consumers.”

The department rejected several additional requests from airlines, declining requests to adopt a “clear and convincing evidence” standard for enforcement or a new “intent to deceive” requirement.

The new rules become final 30 days after being published in the Federal Register.