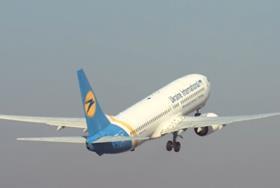 French investigation authority BEA is to carry out the download and read-out of information from flight recorders retrieved from the Ukrainian Boeing 737-800 shot down over Tehran.

The work is set to commence on 20 July, following a request from Iranian investigators, states BEA.

It will cover repair and data download from both the cockpit-voice and flight-data recorders from the Ukraine International Airlines aircraft that came down on 8 January, a few minutes after departing Tehran’s Imam Khomeini airport.

ICAO’s Council states that it has been formally advised by Iranian representatives that the recorder work will be carried out in France.

The decision appears to end nearly six months of political impasse regarding the analysis, after Iran’s government unexpectedly admitted – some three days after the crash – that it had accidentally shot down the 737.

ICAO states that its advisors will “continue supporting all parties” during the investigation.

Canadian representatives are participating in the inquiry, and Transportation Safety Board of Canada says it has been informed of the recorder decision.

It states that it has been invited to participate in the download and plans to deploy a team of investigators specialising in such analysis.

Iran’s foreign affairs ministry advised a few days ago that it had told the Canadian government it planned to send the recorders to France.